For guaranteed fun and uplift try Gamelan! If you’re in the Paris area, it’s easy, keep reading. If not, it’s easy, too, scroll down for link to online version  🙂  (Photo: Javanese gamelan at Cité de la Musique, Paris 19)

This is really a cool thing to do, alone, with friends or family. If you’ve never heard of it before, gamelan is an ensemble of 30+ elements, native to Indonesia, mainly composed of percussion instruments such as gongs, metallophones or drums. Sometimes there are string insturments such as rebab, celempung (kind of cithare), and woodwinds like the selung, a sort of bamboo flute. Gamelan plays an important role in Indonesian society. Every village or wealthy family owns one. Each is blessed and respected. Playing is not reserved for an elite, all social categories can participate. Gamelan is played on many occasions, religious or official ceremonies and holidays, and is often accompanied with other art forms: dance, song, and shadow theater. (Photo: gamelan workshop, Cité de la Musique, Paris 19)

Shadow theater shows (Wayang Kulit) take place all over Indonesia. They can last all night. A dalang (storyteller and puppeteer) uses hand decorated leather marionnettes behind a scrim to illustrate epic tales from the Ramayana that relate the good and evil deeds of mankind in relationship with the supernatural realm.

Gamelan uses fewer notes than the western chromatic scales– one with 5 notes (selendro) and one with 7 notes (pelog). Virtuosity results not from individual solos but from coordination between all the players, who don’t learn alone at home, but always in a group. The 30+ piece ensemble is considered as a single instrument. There is no sheet music as such. The learning process is oral. Instead of naming the notes, numbers are used to indicate which gongs and which metal bars to strike with special mallets. Gamelan uses repetitive cycles that overlap to form sound mandalas! (The dragon below is part of a Balinese gamelan at La Villette, Paris 19) 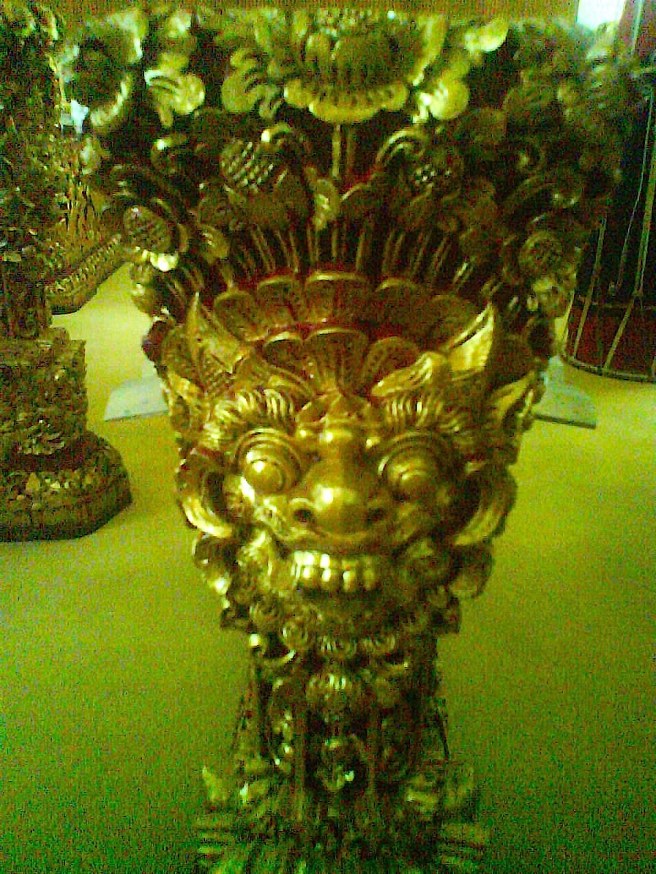 If you are in Paris, sign up for the next gamelan workshop:

If you are not in Paris, or just want to explore, click on this link to see 5 gamelans from different regions (Java, Bali, Sunda). You can play them using the buttons on the panel at left: 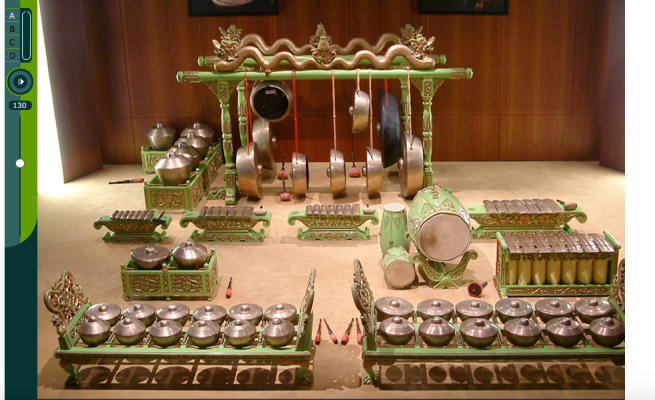 and see how the cycles form sound mandalas!

The workshop leader at the Cité de la Musique is very nice and well versed in gamelan culture. He demonstrates the techniques and gets everyone in the groove. Can’t recommend it highly enough! A musical voyage away from our western habits into a shared experience of soothing, almost transe-inducing, musical relaxation and massage. 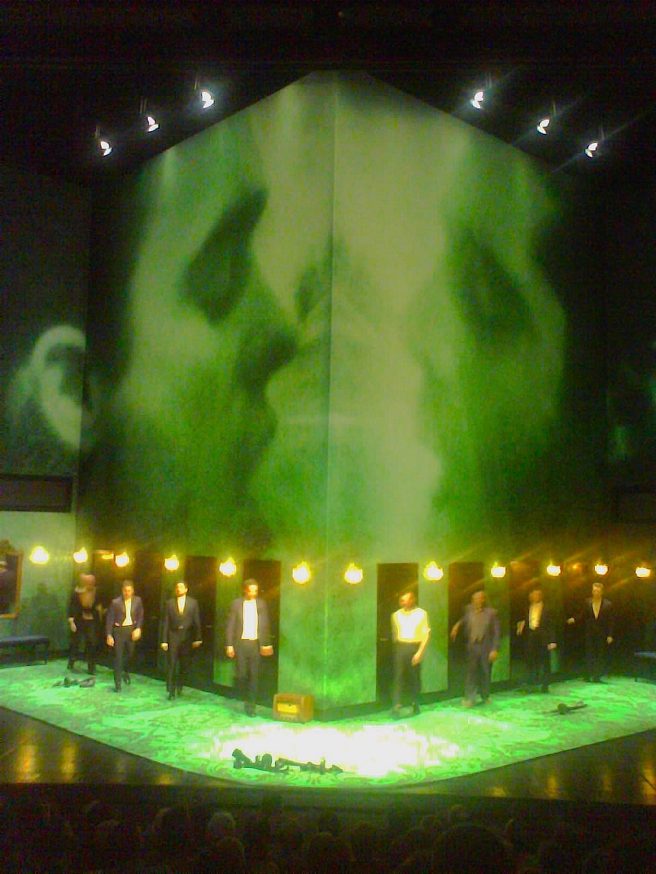 As a newbie guest at the Williamstown Theater Festival last summer, I vowed to see plays more often, to keep getting my inner furniture moved around and my senses refreshed. On Friday, a friend in the cast, Xavier Gallais, got me 2 last-minute tickets to Splendid’s by Jean Genet. My favorite Irish-Parisian actress was free. As we hopped on a bus, she said she knew Genet’s work but not this piece so she’d checked it out on the website. She wondered aloud what the erotic subject matter and staging would do to her libido… some of the still photos looked very S&M. We talked about how Genet’s writing was censored in the 50’s when homosexuality was completely taboo, even in France. “Well,” I ventured in jest, “I guess we don’t go to the theater to see our own living rooms?”

You might say Splendid’s is about as far removed from my living room as it gets. The set is magnificent: a grand hotel hallway bathed in blue-green light like an aquarium, under a huge still from Un chant d’amour, Genet’s 24 minute B&W silent film about prison sexuality and voyeurism, projected as an intro to the play. The aquatic lighting intensifies a transe-like vibe created by the actors’ slomo choreography and languid delivery of the text, in a fluid medium for osmosis between morality and crime, straight and gay, bourgeois society and prison life. Recordings of Billie Holiday and Jeanne Moreau lend a female presence to the all-male ensemble, mostly clad in flesh-colored boxer shorts revealing full-body jailbird tatoos,  as they come and go between the hotel room “cells” brandishing tommy guns.

Reasons to leave your living room: Genet’s passion and hallucinatory flare for language, the cast’s charisma and commitment, time capsule of closeted homosexuality and Hollywood-gangster-envy… In English with French subtitles, good translation.

The theater itself is an example of Escher-esque contemporary architecture near the Place Gambetta. Inside the startling three-story glass showcase façade are zigzagging levels to the Grand Theater upstairs, café restaurant downstairs, and bookshop in between (plus a smaller venue still to be explored)…

Unauthorized use and/or duplication of this material without express and written permission from this site's author and owner is strictly prohibited. Excerpts and links may be used, provided that full and clear credit is given to Aliss Valerie Terrell and Thank You Paris with appropriate and specific direction to the original content.